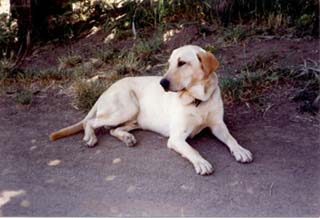 Dedicated to all who have enjoyed the love and companionship of a canine friend over many years.... 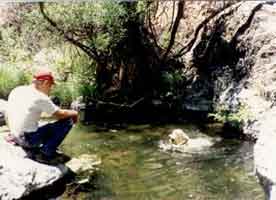 Bo came to RustRidge as a puppy in 1990. Jim & Susan had just taken over the ranch that Summer and with Bo they began the first of twelve years at RustRidge. Bo's early training was taken on by Bob, Jim's brother.

That first Summer, Jim was busy training race horses and Susan was learning to operate the B&B and Winery and neither could spend the time required to educate an active young yellow Labrador. Bob on the other hand, worked on the ranch all day and was able to take Bo on many adventures. 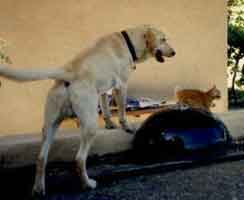 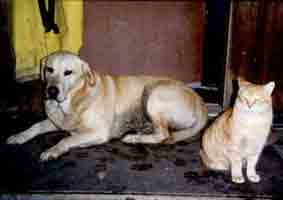 Bo had the ranch to himself and enjoyed it immensely but soon wanted a friend. The only choices at that time were some older cats who were not willing to play with him and a bunch of horses that didn't want him around. The next Spring he met his first close friend, Poppy, an orange tabby kitten who let Bo play with him all the time. They grew up to be very special friends. 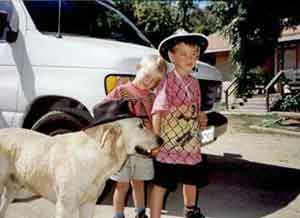 Bo became a host to the guests at RustRidge. He took them on walks and taught them how to throw sticks in the pond for him. He had a natural talent for hospitality and was in high demand as a tour guide. 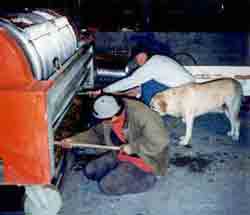 During the harvest months, however, he had to divide his time between the B&B and the vineyard, where he had the job of supervising the picking of the grapes and inspecting the loads before they left for other wineries. He also ran all the operations at the winery including crushing, pressing, filtering, and bottling.